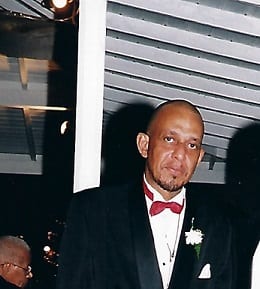 DAVID ALVIN BARNETT, aged 62, of #3 Grazettes Terrace, St. Michael, passed away peacefully on October 05, 2017 at the Queen Elizabeth Hospital. Pharmacist of Her Majesty’s Prisons Dodds.
Cherished son of Dorothy Barnett and the late Alvin Barnett.
Beloved husband of Jennifer Whitehead-Barnett (Seawell Air Services).
Adored father of Dany Elizabeth Barnett.
Brother of Dr. Margaret Workman.
Uncle of Dr. Alana Workman, Dr. Tara Workman and Stirling Workman.
Son-in-law of the late Thelma Whitehead.
Brother-in-law of Hayden Workman, Robert Brathwaite, Ryan and Donnie Whitehead (USA), Catherine and Basil Whitehead.
Nephew of Yvonne McDonald, Juliet Griffith, Angela Jackson, Jennifer Lynch, Rosita Pollard, Ellen Odle and the late Ellna Hinds and Jimmy Pollard.
Great-uncle of Zuri and Zara Saunders.
God-son of Geoffrey Rudder.
God-father of several.
Cousin of many, too numerous to be mentioned.
Relative of the Hinds, Pollard, McDonald, Bourne, Drayton, Griffith, Jackson, Lynch, Odle and Barnett families.
Friend of many.
A service of celebration will be held on Saturday, October 21, 2017 at St. Mary’s Anglican Church, where relatives and friends are asked to meet at 9:00 a.m. for the service. The cortege will then proceed to Westbury Cemetery for the interment. Flowers may be sent to Lyndhurst Funeral Home no later than 7:00 a.m. on Saturday. Donations will be graciously accepted for the Cancer Support Services. The body of the late David Alvin Barnett will repose in the Colin Parkinson Memorial Chapel, Lyndhurst Funeral Home, on Friday, October 20, 2017 from 4:00 – 6:00 p.m. 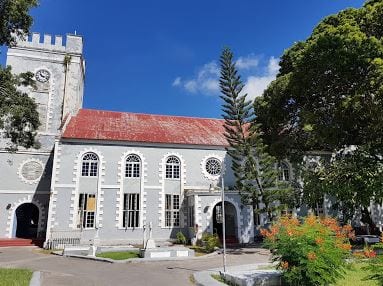 Janice Forde/Angela Fields wrote on February 13, 2018 at 3:12 pm
Sincere condolences Margaret, Dorothy and family on the passing of your loved one. Remembering you in our thoughts and prayers.
May the God of all comfort, comfort you at this sad time.

Michael Walcott wrote on February 13, 2018 at 3:11 pm
Condolences to Dorothy, Margaret and family. Death is just like opening another door. Peace Be With Him and his family in this difficult time.

From the Walcott family

Wallace & David Fitt wrote on February 13, 2018 at 3:11 pm
Our Deepest condolences to the family of David! No more pain my friend... Gone too soon... Rest In Peace and rise in glory my friend.

Margaret Herbert & Family (USA) wrote on February 13, 2018 at 3:11 pm
MY DEEPEST CONDOLENCES TO THE FAMILY IN THEIR TIME OF GRIEF. MAY THE LOVE OF GOD GIVE THEM STRENGTH AND HEALING POWER. DAVID YOU WILL BE MISS BY ALL REST IN PEACE.

Sandra Clarke-Jones wrote on February 13, 2018 at 3:10 pm
Deepest condolences to the entire family!! You may be gone from this earth David, but you’ll never be forgotten! Rest In Peace dear friend!

Molly Best wrote on February 13, 2018 at 3:09 pm
Condolences to the family of David Barnett. Sorry for your loss. May he rest in peace.

Eddie Haynes wrote on February 13, 2018 at 3:03 pm
Another one of my cousins has left us. David will always be remembered for his quiet disposition and easy going manner...always with a smile ...Please convey our sincerest condolences to Jennifer, Margaret, Mum Dorothy, the family and many friends of Dear David. He has left us to join the glorious band of those who have gone before. Farewell dear, David...farewell...
Funeral NoticePlease note that the funeral for Marcellus Louis is on Thursday, July 15th, 2021 at 2:00 PM
Topic: Grieving Differently with COVID 19In this Social Work Season 2021 of Love and Loss ... Sunday March 21 takes us to a place of 'Loss'