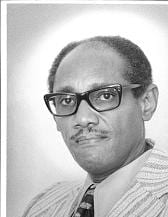 ALGERNON WASHINGTON SYMMONDS, G.C.M, Q.C. of “Melksham”, Margaret Terrace, Pine Gardens, St. Michael, entered into rest on the 4th March 2017.
Husband of Gladwyn Symmonds nee Ward.
Father of Peter Symmonds and Donna Symmonds.
Grandfather of Marie-Ange and Andrew Symmonds.
Brother of Dame Patricia Symmonds and the late Noel F. Symmonds.
Father-in-Law of Marie-Jeanne Symmonds.
Relative of the Symmonds, Redman, Harris and Rice families.
The funeral leaves Lyndhurst Funeral Home, Passage Road, St. Michael on Tuesday, March 21, 2017, for James Street Methodist Church, James Street, Bridgetown, where relatives and friends are asked to meet at 10:30 a.m. for the service. The cortege will then proceed to Westbury Cemetery for the interment. Flowers may be sent to Lyndhurst Funeral Home no later than 8:00 a.m. on Tuesday. The body of the late Algernon Washington Symmonds will repose in the Colin Parkinson Memorial Chapel, Lyndhurst Funeral Home on Monday, March 20, 2017, from 4:00 – 6:00 p.m.

Roddy Shorey wrote on February 15, 2018 at 7:35 am
Dear Gladwyn and family, on behalf of Markie and Marsha, I wish to express our sincere condolences on the passing of Algy. Our prayers are with you at this time. May he rest in peace.

Michael Walcott wrote on February 15, 2018 at 7:35 am
Condolences go out to Gladwyn, Peter, and Donna. I will always remember the kindness extended to Lana, Jadau and Myself by Algy and his family. RIP

Michael, Karen and Jadau and family

Eddie Haynes wrote on February 15, 2018 at 7:35 am
Deeply saddened to hear of the passing of dear 'couz' Algy. Please convey our condolences to Gladwyn, Peter, Donna, Dame Patricia, the relatives and many friends of Algy. He has left us to join the glorious band of those who have gone before.....farewell dear Algy...farewell
Eddie & Verdell Haynes
Tucson Az.

David Pierre wrote on February 15, 2018 at 7:34 am
On behalf of the Pierre family, I wish to express condolences to the Symmonds family on the passing of Algernon. We cherish the memories for having known him. May soul rest in peace, gone but not forgotten. To his wife Gladwyn and family, our thoughts and prayers are with you.

N. Harris wrote on February 15, 2018 at 7:34 am
My deepest sympathy to the family of Algernon. May you be comforted by the words found at Isaiah 26:19 which talks about the hope of the resurrection. So those who die, including you dear Algernon, will have life again.

Robin Simmons wrote on February 15, 2018 at 7:33 am
On behalf of my immediate family, I wish to express my profound condolences on the passing of Brother Algernon Washington Symmonds to his widow Gladwyn, sister Dame Patricia, Peter, Donna, Marie-Jeanne, Marie-Ange, Andrew and other sorrowing relatives and friends.
May the Great Architect of the Universe guide him safely on his journey to the Grand Lodge Above where he will most assuredly receive his just rewards!

Jan Wesson wrote on February 15, 2018 at 7:32 am
I would like to extend my sincere sympathy to you all, especially you Gladwyn. My late husband, Alastair Knowles, and I spent many happy hours with you and Algy back in the 70s. I am thinking of you at this sad time.
Jan Hudson Wesson
Funeral NoticePlease note that the funeral for Marcellus Louis is on Thursday, July 15th, 2021 at 2:00 PM
Topic: Grieving Differently with COVID 19In this Social Work Season 2021 of Love and Loss ... Sunday March 21 takes us to a place of 'Loss'