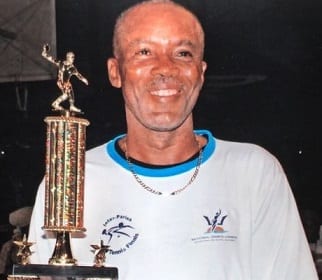 Joan Odle Haynes (USA) wrote on February 13, 2018 at 3:41 pm
My Condolences to the Holder and Hewitt family may he rest in peace. May you find comfort in this time of sorrow.

Steve Leach aka Johndeere wrote on February 13, 2018 at 3:41 pm
Big G, you were definitely an inspiration to me. The knowledge you possessed was valuable and appreciative. To the family, thank you for sharing Andrew with us, he was an icon to so many. RIP my Brother

Heather Stanton & Family (New York) wrote on February 13, 2018 at 3:40 pm
My deepest condolences, prayers, and thoughts remain with all the families at this time of sorrow and grief and most of all as we await the resurrection hope of seeing our dear loved ones again including Andrew Acts Ch.24 V:15, John Ch.5 V:28,29. oct 6,2017

Robert Nurse/Marleiza Best wrote on February 13, 2018 at 3:39 pm
Our thoughts and prayers are with you during this difficult time.

The McDaniel Family wrote on February 13, 2018 at 3:38 pm
Our prayers and condolences go out to the family! God Bless

Affie Byrd & Family wrote on February 13, 2018 at 3:38 pm
We, the Byrd Family, send our greatest condolences to the Holder Family. May God's peace comfort you during this transition. May God's angel protect and keep you! Praying for you all! May God give an abundance of strength to Shanell and Sasha. Much Love
Funeral NoticePlease note that the funeral for Marcellus Louis is on Thursday, July 15th, 2021 at 2:00 PM
Topic: Grieving Differently with COVID 19In this Social Work Season 2021 of Love and Loss ... Sunday March 21 takes us to a place of 'Loss'