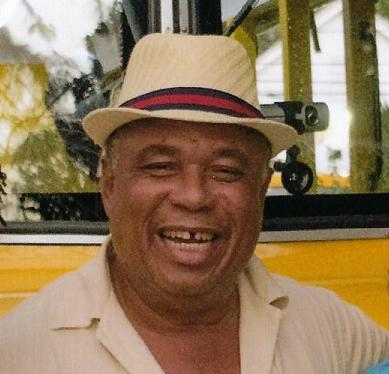 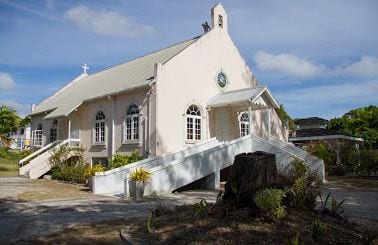 Lila wrote on February 14, 2018 at 11:40 am
So sorry to hear about the passing of Benjamin. So thankful for our God's eagerness to bring back to life all those sleeping in death. ~ Job 14:14,15. He will resurrect Benjamin very soon.

Brenda John wrote on February 14, 2018 at 11:39 am
My condolences to the family of Mr. Forbes. God's promise of the resurrection and an end to death is indeed a comfort to us when our loved one passes. John 5:28 and Isaiah 25:8 remind us of these truths. We can trust in Jehovah's words.

Cleophas Sandiford wrote on February 14, 2018 at 11:39 am
Heartfelt Condolences to the Forbes family, So sorry to hear of your loss. I first knew Benjie from our Good Shepherd and Sunday school days, if my memory serves me right, he would visit Joan and Will Morgan and his two cousin's Tim and Janice, mostly at weekend's, in Prospect, where I once lived, many years ago, until I moved to the UK. Although it is well over 50 years since I last saw Benjie, who was age possibly 12 to 14, I will always remember him as a shy, always smiling, chubby, not very talkative lad. A big shame our paths didn't cross as grown-ups. Gone but not forgotten Benjie, you are heading for a better place. May your soul rest in perfect and eternal peace my friend. I am pleased that your send-off, is at The Good Shepherd, where it all started, all those year's ago.

The Management & Staff J.P. Security Services Inc. wrote on February 14, 2018 at 11:38 am
Our condolences to the family of Mr. Benjamin Forbes. "Although it's difficult today to see beyond the sorrow, may looking back in memory help comfort you tomorrow". May he Rest In Peace.

Sheilah Manning wrote on February 14, 2018 at 11:37 am
To all the family, my son Peter Manning, and my sister Cynthia Springer join me in extending condolences and assuring you that the support of friends and family will take you through this very difficult time.

Lorna Hoyte wrote on February 14, 2018 at 11:37 am
Condolences to the Forbes family from Lorna, Beverley and Nigel. Remember not to mourn as those without hope, for our hope lies in Christ Jesus.

Your smile, upbeat nature and sincere love for your family will always be remembered. You lived your life "your way" and my only regret is that we did not get to spend more time with you.

Lorna Hoyte wrote on February 14, 2018 at 11:36 am
Condolences to the Forbes family on the passing of Benjie. He will be missed. The last time I saw Benjie was in 2012 when Leslie took me to see him at his place in Christ Church. He made us laugh. It was so nice seeing him after so many years. May his soul Rest In Peace. Remember not to mourn as those without hope, for our hope lies in Christ Jesus.
Funeral NoticePlease note that the funeral for Marcellus Louis is on Thursday, July 15th, 2021 at 2:00 PM
Topic: Grieving Differently with COVID 19In this Social Work Season 2021 of Love and Loss ... Sunday March 21 takes us to a place of 'Loss'