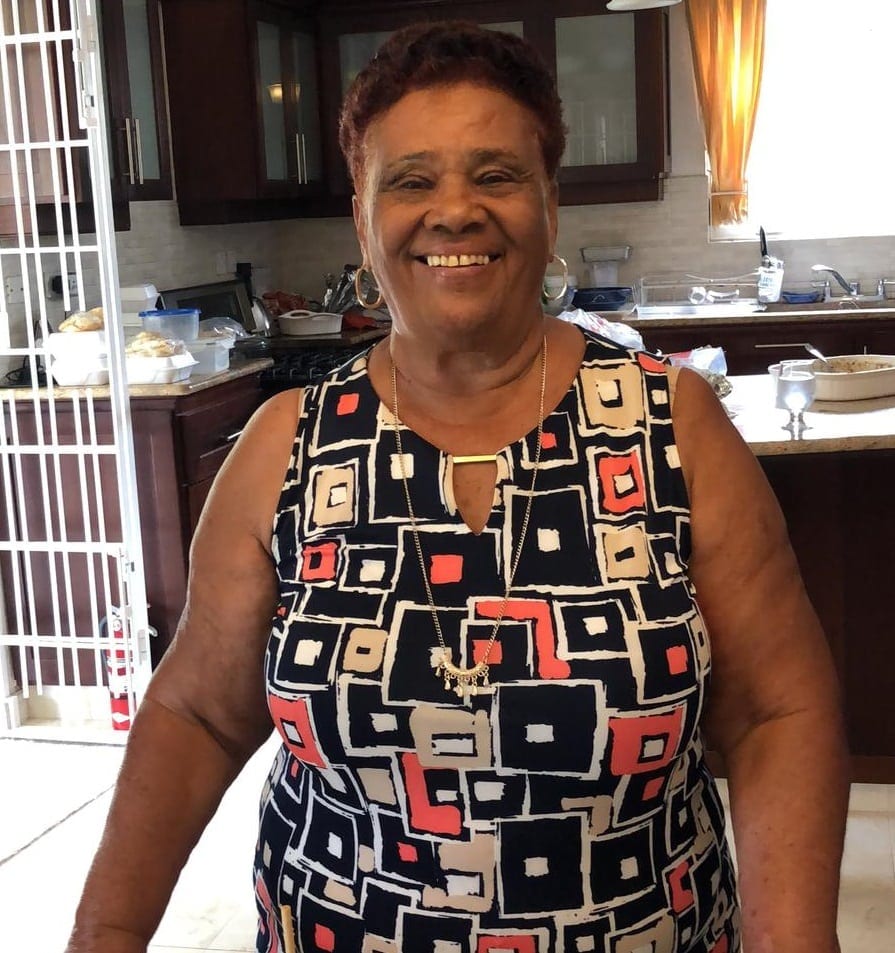 Lalita, Arabelle and Annalise wrote on July 31, 2018 at 4:30 pm
Dear Uncle Vernon,
Please accept our deepest sympathy. You and family are in our prayers.

Wallace Fitt wrote on July 31, 2018 at 12:41 pm
My deepest Condolences to Vernon and family. Thinking of you at this sad time. May She Rest In Peace.

The Gibson Family wrote on July 31, 2018 at 12:25 pm
Our sincerest condolences on the passing of Brenda. May she rest in Peace & Rise in Glory.

Julie & Warren (The Nicholls Family - of Redman’s Village St. Thomas & Canada) wrote on July 31, 2018 at 12:09 am
??Memories of your laughter keep us smiling however, the sorrow of knowing you have passed on brings many tears to our eyes. Bren you were a kind soul with beauty that shined from the inside out. Your radiance will truly be missed by all of us.??

Our warmest regards to Vernon and family. We love you ?

Paula Lashley-Watson and Harold Watson wrote on July 29, 2018 at 4:20 pm
My deepest sympathies to all the family. Please take counsel that we are thinking of you in your time of sorrow. may she rest in Peace.

Phyllis Galyen... Don Galyen wrote on July 28, 2018 at 8:16 pm
A dear friend since childhood.Many hour SPENT together riding bikes, swimming, walks and going to Church together. Always a visit with her upon a visit back home to Barbados. Fond memories with my dear friend. Love and Prayers to all the family.
Funeral NoticePlease note that the funeral for Marcellus Louis is on Thursday, July 15th, 2021 at 2:00 PM
Topic: Grieving Differently with COVID 19In this Social Work Season 2021 of Love and Loss ... Sunday March 21 takes us to a place of 'Loss'