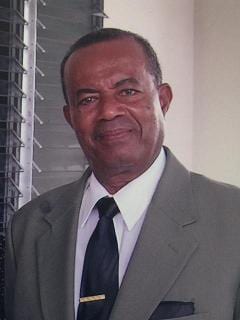 This is a very difficult time. Petition Jehovah God for strength to endure until the day comes when you will see your dear one again.

Nicolette Pinder wrote on February 15, 2018 at 8:37 am
My condolences to the family of Mr. Cameron Austin. Whether young or aged when a loved one dies we feel a sense of loss and sadness. we can find comfort and hope in the promise of the resurrection at Acts 24:15 and that in God's own time the sting of death will be removed as Hosea 13:14 highlights. We can trust in God's promises.

Eddie Haynes wrote on February 15, 2018 at 8:36 am
Saddened to hear of the passing of dear Cammie. My condolences go out to Jean, the family and friends of Cammie. Cammie has left us to join the glorious band of those who have gone before......farewell dear Cammie...farewell

The Reid Family wrote on February 15, 2018 at 8:36 am
Sincere condolences to Cammie's family. He has batted well. May he rest in peace.
Funeral NoticePlease note that the funeral for Marcellus Louis is on Thursday, July 15th, 2021 at 2:00 PM
Topic: Grieving Differently with COVID 19In this Social Work Season 2021 of Love and Loss ... Sunday March 21 takes us to a place of 'Loss'