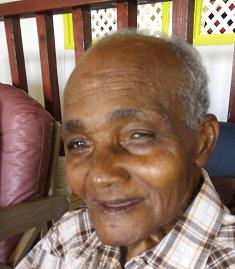 Myrna Forde and Family wrote on February 14, 2018 at 8:48 am
We would like to send condolences to Peggy Griffith on the passing of her father Clayton McDonald Griffith.

Lorna Hoyte wrote on February 14, 2018 at 8:47 am
Condolences to Mavis, Alfred, Judy, Peggy, Philomel and the other children. I've known the family way back in Barbados. I don't think I've seen them since 1967. I saw Judy a few years back here in Montreal. Sorry to hear about your dad's passing. May his soul rest in peace. Remember not to mourn as those without hope, for our hope lies in Christ Jesus.
Funeral NoticePlease note that the funeral for Marcellus Louis is on Thursday, July 15th, 2021 at 2:00 PM
Topic: Grieving Differently with COVID 19In this Social Work Season 2021 of Love and Loss ... Sunday March 21 takes us to a place of 'Loss'