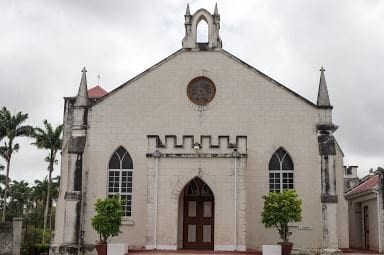 Mar-Iso Parris wrote on February 15, 2018 at 2:42 pm
My deepest sympathy. It is my prayer that you are throwing your burden on Jehovah God at this sad and difficult time for He is the One who gives us comfort and hope beyond measure. He is close to the broken-hearted. He promises us that the dead will rise again in a Paradise earth and at that time they will live forever in peace unending. We will see them again however the pain still remains. Our hearts are heavy. We feel a sense of emptiness and that is understanding so take as much time as you need to grieve and think of every day as a day closer to seeing your dear loved one again under God's Kingdom rule. That day is just around the corner. I(Psalms 34:18; 37:9-11, 29; 1 Peter 5:7 ; Revelation 21:3-5)

Curtis Knight, Reece and Knight Family wrote on February 15, 2018 at 2:41 pm
Be still and know that there is the glory of God.
Funeral NoticePlease note that the funeral for Marcellus Louis is on Thursday, July 15th, 2021 at 2:00 PM
Topic: Grieving Differently with COVID 19In this Social Work Season 2021 of Love and Loss ... Sunday March 21 takes us to a place of 'Loss'