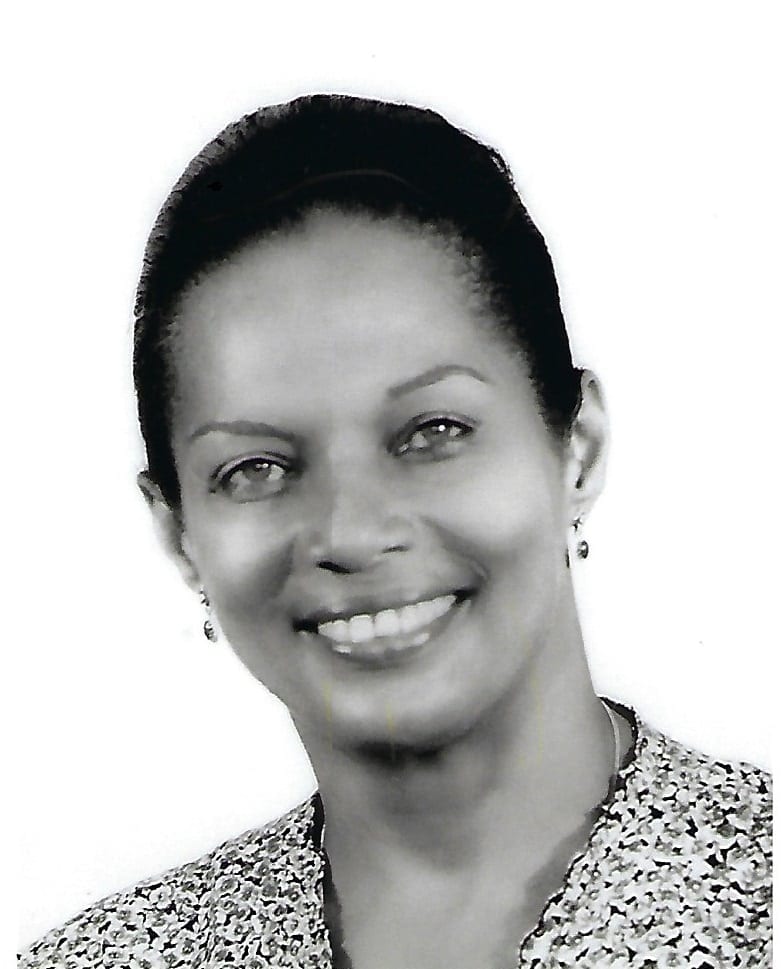 Cyralene Gale passed away peacefully in the early evening of Sunday, July 8, 2018. Her’s was a life of journalistic activism, political acumen, and entrepreneurship. She was appointed one of Barbados’s first female senators both pre- and post- Independence, 1964-66 and 1971-1975, during and following a career as a columnist and Women’s Editor for the Barbados Advocate. Cyralene established Duffs Business College International in Bridgetown in 1966, and remained its Managing Director for nine years. In 1976, she was named Barbados’s first female high commissioner with a posting to Canada. Subsequently, Cyralene and her husband, Ian, launched and ran their beloved Bequia Bookshop in Bequia, St. Vincent for twenty years.
Cyralene was predeceased by her husband, Ian Gale, mother and step-father, Enid and Rupert Applewhaite, and father Cyril Clarke. She is survived and sadly missed by her daughter, Cheryl Elliot (Geoffrey), and fondly remembered by her grandsons, Dr. Adrian (Rocky) Elliot (Ailsa) and Spencer Elliot, and her great-grandchildren, Ailish, Marion, Everton, and Bayard.
She is mourned by her siblings in the U.S.A., the Hon. Diane Clarke-Streett, Gregory Clarke (Joanne), and Mary Hope O’Brien, niece Courtney Streett (John Reynolds) U.S.A., cousins Ernestine Bentham and Sgt. Winston Bynoe, and the Bentham and Clarke families in Barbados.
An appreciation of the late Cyralene Gale’s life will be held at Coral Ridge Chapel on Tuesday, July 31, 2018, at 10:00 a.m.
In lieu of flowers, please consider making a charitable donation to the Barbados Alzheimer’s Association.
The organist and members of the church choir are kindly asked to attend.

Diana Hembry, ex Mrs. Richard Steel wrote on August 13, 2018 at 10:18 am
Now living in France, it is with great sadness that we have just learnt of the death of Cyraline, and would wish to send our condolences to all her family and friends. Back in the 1980ties, with my late husband Richard Steel, we lived on a yacht, the "Gub-Gub",and spent many months anchored in the bay off Port Elizabeth. Cyraline was so kind to our young daughter Joanna, and became an "extra" Godmother to her. So many memories! Diana Hembry, ex Mrs Richard Steel.

We were very much saddened by the passing of Cyralene and would like to express our deepest sympathy on your loss. We would like you to know that our thoughts are with you during this time.

With love from David and Nadean
Funeral NoticePlease note that the funeral for Marcellus Louis is on Thursday, July 15th, 2021 at 2:00 PM
Topic: Grieving Differently with COVID 19In this Social Work Season 2021 of Love and Loss ... Sunday March 21 takes us to a place of 'Loss'