ALLEYNE – DAVID GEORGE, of Eversley Road, Brittons Hill, St. Michael entered into rest on February 11, 2017. Former employee of Banks Holding Limited (BHL).
Son of Hilda Alleyne and the late Neville Alleyne. Life Partner of Marcia Horton. Father of Curtis Horton (U.S.A.). Adoptive father of Gerry Horton. Father-in-law of Eugenia Horton (U.S.A.). Brother of Jennifer Alleyne (U.S.A.), Deanna Alleyne and the late Robert Alleyne. Grandfather of Jason and Mia Horton (both of the U.S.A.) and Dario Horton (Crane Hotel). Uncle of Chezley and Rosa Edwards. Cousin of Michael Anthony (Canada), Roger Alleyne, Ishmael and Aileen Clement and Frances Scantlebury. Special friend of Elma Grant and family and many others. The funeral leaves Lyndhurst Funeral Home, Passage Road, St. Michael on Monday, March 06, 2017 for St. Matthias Anglican Church, where relatives and friends are asked to meet at 2:00 p.m. for the service. The cortege will then proceed to Westbury Cemetery for the interment. Flowers may be sent to Lyndhurst Funeral Home no later than 12:00 p.m. on Monday. The body of the late David George Alleyne will repose in the Colin Parkinson Memorial Chapel, Lyndhurst Funeral Home, on Sunday, March 05, 2017 from 4:00 – 6:00 p.m. 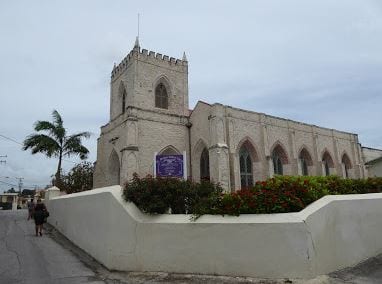 Wayne Phillips wrote on February 15, 2018 at 8:19 am
It was a beautiful funeral. Please don't agonize over not having given an appreciation at its start. I'm quite sure most of us (if not all) who were present, fully understood how difficult the prospect of giving one must have been.

Honestly, there's really not much I can say that would ease your sorrow. It was just over a year ago (although, it seems much more recent to me) that you had to deal with Robert's death. And now this. I think the best advice I can give would be allow yourselves as much time as each of you feels necessary, to grieve. Don't hold it in. Let it out, and do so for as long as you want! I can state from personal experience that weeping due to the passing of a loved one is cathartic. I didn't weep on learning of Mummy's death. I just felt too overwhelmed to do so. Neither did I weep at anytime during the planning of the funeral, nor at the funeral itself. I simply didn't feel like it. It was too stressful to weep, I guess. Everyone was saying how we would break down when the undertaker lowered Mummy into the grave and the finality of her death hit us. But nope. Not a single tear was shed. I didn't feel a thing. I was just "going through the motions", as they say.

It was only about a week later, while I was sitting on a couch at home and just gazing outside, in quietness, except for the sound of the wind, chirping birds, and the odd vehicle, did a feeling of tremendous sadness hit me. I wept deeply and almost inconsolably. But you know what? Shortly afterwards, I felt terrific! It was like a burden which had been weighing on my spirit from the day Mummy died, had been lifted. This isn't to say that I don't often think of her and sometimes still feel a tinge of sadness because I do. I dream of her occasionally, but they're always pleasant dreams. No nightmares. My dreams don't include her as much as before, though.

Anyway, just know we (Juliette and I) are thinking of you.

God bless you all.

Nicolette Pinder wrote on February 15, 2018 at 8:18 am
My condolences to the entire family of David Alleyne. May Jehovah, the God of comfort continue to sustain and support you all at this difficult time.
2 Corinthians 1:3,4

Roger Alleyne & Family wrote on February 15, 2018 at 8:18 am
Our deepest sympathies are extended to the family of David Alleyne.
He will forever be missed by his family and friends. A limb has fallen from our family tree.. it is a time for us to be strong. Rest well dear cousin.
Funeral NoticePlease note that the funeral for Marcellus Louis is on Thursday, July 15th, 2021 at 2:00 PM
Topic: Grieving Differently with COVID 19In this Social Work Season 2021 of Love and Loss ... Sunday March 21 takes us to a place of 'Loss'