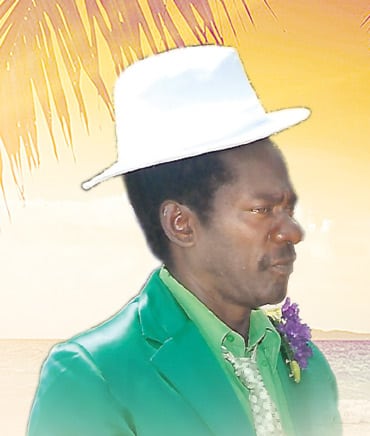 DERECK DECOURSEY SMITH, better known as “Jah D”, of Redman’s Village, St. Thomas
entered into rest on July 31, 2018. Second Brother of Twelve Tribes of Israel of Barbados.
Son of the late Patricia Smith and Byron Clarke.
Brother of Rosalind Arthur and Mark Smith.
Uncle of Kimberley Arthur, Markayla Yearwood, Markeem and Ariel McIntosh, Kemani Arthur-
Burnett and Kyila Atkins.
Nephew of Greta, Peggy, Gloria, Sandra, Robert, Worman, Patrick, DePearl and Rodney.
Cousin of many.
Brother-in-law of Trevor Arthur and Janice Smith.
Relative of the Smith, Stuart and Corbin families.
Friend of Wofie, Curtis Knight, Ralph Alleyne, the Ellis family, Twelve Tribe and many others.
The funeral leaves Lyndhurst Funeral Home, Passage Road, St. Michael on Saturday, August 11, 2018, for Western Light Church of the Nazarene, Oxnard, St. James where relatives and friends are asked to meet at 10:00 a.m. for the service. The cortege will then proceed to St. James Cemetery for the interment. Flowers may be sent to Lyndhurst Funeral Home no later than 7:00 a.m. on Saturday. The body of the late Dereck Decoursey Smith will repose in The Colin Parkinson Memorial Chapel, Lyndhurst Funeral Home on Friday, August 10, 2018 from 4:00-6:00 p.m.

Wofie thomas wrote on August 9, 2018 at 11:12 pm
Sit with me awhile tomorrow is promised to no one. I will always remember you. Thank you for your presence in my life. You did raise me, babes, I'm thankful for our last conversation. You did raise me well taught me all about Rastafari. Some leaves, some branches, you and I are the roots. Cross your border, my brother, cross your border, my friend, no one can separate us from the love of our father. Step across hail up the ancestor Jah-D love rest in peace rise in Jah glory love you babe

Krist wrote on August 9, 2018 at 3:34 pm
Sad knowing about your passing Jah-D. I'll surely miss you. RIP my brother.
Funeral NoticePlease note that the funeral for Marcellus Louis is on Thursday, July 15th, 2021 at 2:00 PM
Topic: Grieving Differently with COVID 19In this Social Work Season 2021 of Love and Loss ... Sunday March 21 takes us to a place of 'Loss'