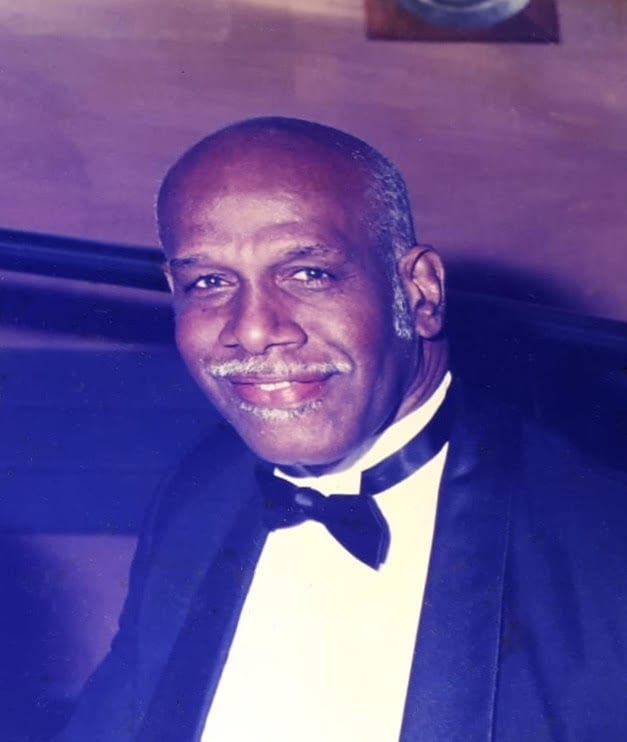 DON JOSE LEMONTE MARSHALL, affectionately known as “Sir Don”, formerly of #27 Warrens Crescent, St. Thomas, entered into rest on December 13, 2018.
Son of Marie Phillips.
Husband of Joan Marshall.
Father of Debra-Ann Marshall-Burnett and Juliet Marshall.
Brother of Margaret Ann Joseph.
Grandfather of Nefertari Burnett, Shem and Joshua Parris.
Uncle of Mathew Joseph, and Terri Pickering-Cunningham.
Father-in-law of Cardinal Burnett.
Former father-in-law of Peter Parris.
Brother-in-law of Wilmoth Cumberbatch-Richards, Winifred and Rawle Pickering.
Relative of the Marshall and Layne families.
Friend of many.
A service of celebration and thanksgiving will be held on Saturday, December 29, 2018 at Lloyd Erskine Sandiford Centre, Two Mile Hill, St. Michael, where relatives and friends are asked to meet at 9:00 a.m. for the viewing and 10:00 a.m. for the service. In lieu of flowers, donations to the Salvation Army Barbados Division would be graciously accepted. No mourning colours by special request.
The body of the late Don Jose Lemonte Marshall will repose in the Colin Parkinson Memorial Chapel, Lyndhurst Funeral Home, Passage Road, St. Michael on Friday, December 28, 2018 from 4:00 p.m. to 6:00 p.m.

With reference to the death notice of Mr Don Jose Lemonte Marshall in the Sunday Sun dated 23 December 2018, I wish to offer my deepest sympathy.

Few things cause more stress or heartache than the death of a mate, parent, sibling, son relative, or dear friend.

Rhonda Walcott-Hackett wrote on December 28, 2018 at 1:45 pm
The Management and Staff of Republic Bank (Barbados) Limited sends sincere condolences to the Family of the late Don Marshall.


We pray the love of God enfolds you during your journey through grief. We send you thoughts of comfort.


“Like a bird singing in the rain, let grateful memories survive in time of sorrow” – Robert Louis Stevenson

Joycelyn Welch-Larrier and Clyde Welch wrote on December 27, 2018 at 7:01 pm
Sympathies from our family to Don's family from the USA. Don was a close friend when we were young and living in Barbados. We are very sorry for your loss.

Roseann Beckles-Green wrote on December 26, 2018 at 6:24 am
My deepest sympathy to Debbie and family.May God be with you during this difficult time.

Peta Alleyne wrote on December 23, 2018 at 1:28 pm
My sincerest and deepest sympathy to Joan, Debbie & Juliet from Peta Alleyne & family.
Funeral NoticePlease note that the funeral for Marcellus Louis is on Thursday, July 15th, 2021 at 2:00 PM
Topic: Grieving Differently with COVID 19In this Social Work Season 2021 of Love and Loss ... Sunday March 21 takes us to a place of 'Loss'