DOREEN ESLINE HURLEY, aged 94, of Brighton Crescent, St. Michael entered peacefully into rest on January 04, 2017. Former employee of C. F. Harrison & Co. Ltd.
Wife of the late Ralph Hurley.
Daughter of the late Violet Massiah.
Loving Mother of Dianne DeCoteau and Sandra Toolsie.
Grandmother of Paul and Ryan DeCoteau and Sheri Toolsie.
Great Grandmother of Milan Toolsie-Ward and Nathan DeCoteau.
Sister of Margaret Massiah.
Aunt of Harrell “Jackie” Gaskin (Canada), Angela Fraser, Wendene, Trevor and Stephen Massiah.
Friend of Rosemary Straughn, Joyce Morgan and many others.
The funeral leaves Lyndhurst Funeral Home Passage Road, St. Michael on Thursday, January 19, 2017, for the St. Peter’s Parish Church, where relatives and friends are asked to meet at 2:00 p.m. for the service and interment. Flowers may be sent to Lyndhurst Funeral Home no later than 11:00 a.m. on Thursday. The body of the late Doreen Esline Hurley will repose in the Colin Parkinson Memorial Chapel on Wednesday, January 18, 2017, from 4 – 6 p.m. 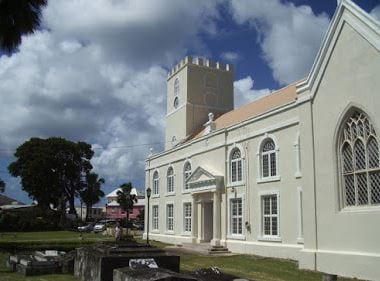 Gwenith Bovell and Family, McGeary Family wrote on February 15, 2018 at 10:04 am
Our deepest condolences to Dianne and Family. May peace and comfort find you during this very difficult time. Our thoughts and prayers are with you.

Pure Cleaning Professionals/Steamatic Barbados Ltd. wrote on February 15, 2018 at 10:03 am
Condolences to Sandra and family. May God Bless you with His perfect love and Grant His Peace to you.
Funeral NoticePlease note that the funeral for Marcellus Louis is on Thursday, July 15th, 2021 at 2:00 PM
Topic: Grieving Differently with COVID 19In this Social Work Season 2021 of Love and Loss ... Sunday March 21 takes us to a place of 'Loss'