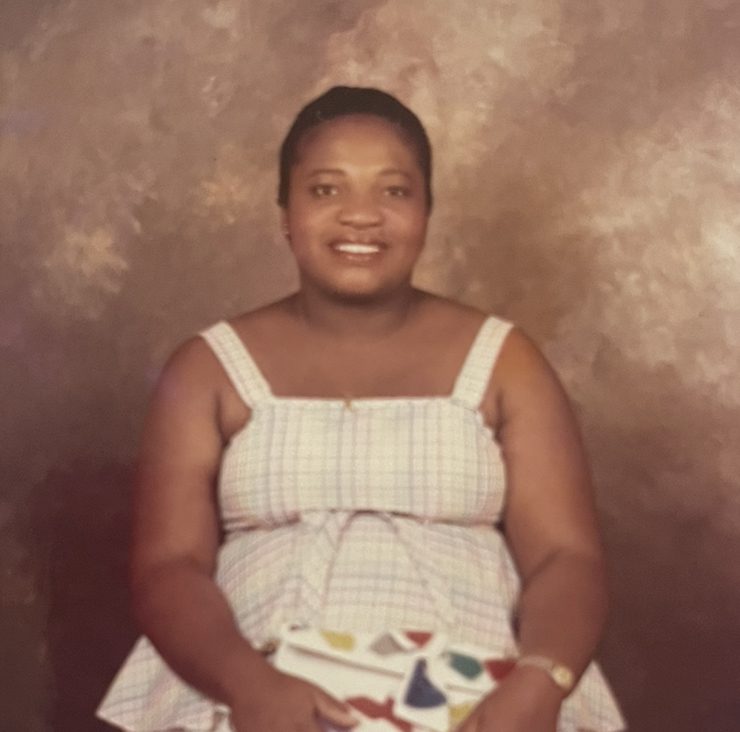 Sunrise: March 22, 1951 Sunset: September 9, 2022
BYNOE – ESTALINE, of #25 Sunflower Drive, Ealing Park, Christ Church.
Daughter of the late Clyde and Eileen Bynoe. Mother of Kevin Bynoe (Carters). Sister of Ralph Bynoe (USA). Niece of Carlton Bynoe (B’dos) and Andrew Pilgrim (UK). Aunt of Andrew Bynoe (USA). Cousin of Arleen Jones and Janet Bynoe (B’dos), O’Neil Bynoe, Andrea, Natasha and Ayesha Trotman, Sonia Best, Yvette and Yvonne Bynoe (all of the UK) and many others. Relative of the Harewood, Ward, Forde, Jones and Bynoe families. Friend of many.
A service of celebration and thanksgiving will be held on Wednesday, September 28, 2022 at Church of God Silver Sands, Christ Church, where relatives and friends are asked to meet at 2:00 p.m. for the service. The cortege will then proceed to Coral Ridge Memorial Gardens for the interment. Flowers may be sent to Lyndhurst Funeral Home no later than 12:00 p.m. on Wednesday. Kindly note that all COVID-19 protocols will be in effect.

Jannice Best wrote on September 26, 2022 at 12:14 pm
With deepest sympathy to the family of Estaline, sorry for your loss. Estaline was my school friend from St Christopher’s Girls, then I emigrated to the UK, on return home for holidays we would link up and chat.
May she Rest in Peace and Rise in Glory. God bless the family
Jannice

Sherry-Anne Felix wrote on September 25, 2022 at 8:34 pm
To the family of the late Estaline Bynoe, we extend our deepest sympathies to you during this difficult time. You are in our thoughts and prayers.