ESTHER ELAINE MARSHALL, aged 94 of # 61 Appleby Gardens, St. James was called to rest on July 08, 2016.
Daughter of the late Clarence and Millicent Eastmond.
Wife of the late Milton Marshall.
Mother of Pamela Andrews (Canada), Beverley Williams, Heather Clarke and Trevor Marshall.
Grandmother of Renee and Tanya Andrews, Carolyn, Gayle and Christopher Williams, Tremayne Marshall and Trena Isaac.
Great Grandmother of Kiara, Kymani, Arianna and Liam.
Mother-in-law of Ronald Andrews (Canada), Anthony Williams, Eggie Clarke and Marcia Marshall.
Sister of Sidney and Harcourt Eastmond, Phyllis Belgrave, the late Lisle Eastmond and Elmyra Taylor.
Aunt of Wendy and Andrea Belgrave, Treva Holder, Shawn, Julie, Lynette, Wilma, Wayne, Angela, Jennifer, Helen, June, Orpah, Clifford, Ann and the late Owen and Lloyd.
Great Aunt of several.
Sister-in-law of Barbara Eastmond, Winfield Belgrave, the late Vernie Eastmond and Owen Garnett Taylor.
The funeral leaves Lyndhurst Funeral Home, Passage Road, St. Michael on Saturday, July 16, 2016, at 12:45 p.m. for St. Stephen’s Anglican Church, where friends and relatives are asked to meet at 2.00 p.m. for the service. The cortege will then proceed to Westbury Cemetery for the interment. The Organist and the members of the choir are kindly asked to attend. Flowers may be sent to the Lyndhurst Funeral Home no later than 12.00 noon on Saturday. The body of the late Esther Elaine Marshall will repose in the Colin Parkinson Memorial Chapel, Lyndhurst Funeral Home on Friday, July 15, 2016, from 4.00 – 6.00 p.m. 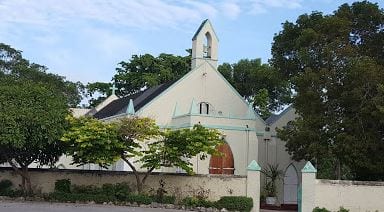 Brenda John Pinder wrote on February 16, 2018 at 3:13 pm
Condolences to the family of Mrs. Esther Marshall. It is never easy to deal with losing a loved one in death. However, we get comfort from God's word where Jehovah promises that the time will come when there will be no more death, pain or mourning. We can trust in God's promises. Revelation 21:4

Andrea Belgrave wrote on February 16, 2018 at 3:12 pm
Rest in peace mummy. We loved you well but God loved you best x

jim & Sue Gould wrote on February 16, 2018 at 3:12 pm
We extend our deepest sympathy to the family of the late Esther Marshall and especially to our friends Heather and Eggie Clarke.
We wish we could join you in St. Stephen’s Church today but will offer our prayers and support at the time of her service from Nova Scotia.
Sincerely and with our love,
Jim & Sue Gould
Halifax, Nova Scotia

Andrea Belgrave wrote on February 16, 2018 at 3:12 pm
Thinking of a special woman my Aunt Esther Marshall (mummy) especially today when she will be laid to rest. You are gone but will never be forgotten.
Sleep on beloved sleep and take your rest
Lay down your head upon thy Saviour's breast
We love you well but Jesus loves you best
Good night, good night, goodnight.

Phyllis Belgrave wrote on February 16, 2018 at 3:11 pm
May God grant you eternal Rest And Peace
Until we meet again on that great day.

Phyllis Belgrave wrote on February 16, 2018 at 3:11 pm
You may shed tears that she is gone. Or you can smile because she has lived. You can close your eyes and pray that she will come back. Or you can open your eyes and see all that she has left and all the love that you have shared. Rest in peace Mummy
Funeral NoticePlease note that the funeral for Marcellus Louis is on Thursday, July 15th, 2021 at 2:00 PM
Topic: Grieving Differently with COVID 19In this Social Work Season 2021 of Love and Loss ... Sunday March 21 takes us to a place of 'Loss'