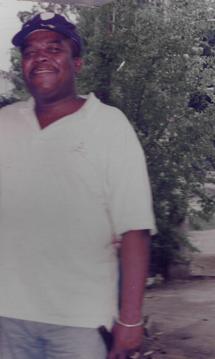 GODFREY “GUNKS” DEAR of Ruby Park, St. Philip, formerly of Forde’s Road, Brittons Hill, St. Michael, entered into peaceful rest on March 11, 2017.
Son of the late James Gibson and Leotta Dear-Brathwaite.
Husband of the late Karin Dear.
Father of Jennifer Dear and David and Cindy Carter.
Brother of Clourene Pilgrim (U.K), Pauline Henry, Shirley and Darcy Dear (all of U.S.A.), Jeffrey, Judy and Peggy Dear, Joanne Florent and the late Doriel and Michael Dear.
Grandfather of Harriet-Mia Carter, Amelia-Rose Carter and Evie-Grace Carter, Erica and Sam Barnes.
Brother-In-Law of Maureen Dear, Victor Austin and Victor Florent.
Cousin of Marcia Alleyne and many others.
Relative of the Gibson and Parris families of Arch Hall, St. Thomas and the Daniel and Murrell families.
The funeral leaves Lyndhurst Funeral Home, Passage Road, St. Michael on Wednesday, March 22, 2017 for The Chapel at Coral Ridge Memorial Gardens, The Ridge, Christ Church, where relatives and friends are asked to meet at 3:00 p.m. for the service and interment. Flowers may be sent to Lyndhurst Funeral Home no later than 1:00 p.m. on Wednesday.

N. Hunte wrote on February 15, 2018 at 7:27 am
Losing a loved one is never easy. The pain that follows can be long-lasting. Thanks to Godfrey's Creator, there is resurrection hope according to John 5:28,29 where those who have fallen asleep in death will be brought back to life. This is a positive thought that I hope the family of Godfrey may meditate on during this time knowing that one day soon he will live again.
Funeral NoticePlease note that the funeral for Marcellus Louis is on Thursday, July 15th, 2021 at 2:00 PM
Topic: Grieving Differently with COVID 19In this Social Work Season 2021 of Love and Loss ... Sunday March 21 takes us to a place of 'Loss'