BECKLES – GRENVILLE EUGENE, aged 86, of 175 Regency Park, previously of Lamberts, St. Lucy. Former Company Director and Manager of Alleyne Arthur, High Street, Bridgetown.
Husband of the late Carmen, née Pinder and subsequently Doreen, née Mustor. Father of Charles Beckles (CAN). Surrogate father and grandfather of Shurland Benjamin, Christopher Mustor and many others. Brother of Shirley Nicholls (UK), Wilfred Beckles, Rev. William A. Beckles (NY), Neville Beckles (Miami), the late Chesterfield Thompson, Muriel Beckles-Worrell and John Beckles. Brother-in-law of Isalene Thompson, Alphonso ‘Ben’ Nicholls (UK), Pauline Beckles, Marcella Beckles and Monica Beckles (Miami). Uncle of Levere and Stephen Thompson, Maureen and Sonia Nicholls (both of UK), Winston Worrell (USA), Wilfred and Wendell Worrell (both of UK), Adrian Beckles, Dr. Jeanne and Aya Beckles Swanson (USA), Antonio Beckles, Elizabeth Beckles-Parris, Philip Beckles, Ross and Kerri Beckles (both of USA). Great-uncle of many. Relative of the Harewood (Canon Ivan, Adèle, Rev. Mark and Susan), Beckles, Lovell, Mahon, Smith and Worrell families of Belleplaine, Boscobel, Shorey Village and Walkers, St. Andrew. Friend of Cheryl Alleyne, Delwyn Boyce, Ronda Graham, Laurie Hope and many others, including the supporters and patrons of the former D. M. Trading in Lamberts.
A memorial and thanksgiving service will be held on Friday, December 01, 2017 at St. Andrew Parish Church where relatives and friends are asked to meet at 3:30 p.m., followed by the interment of his ashes. In lieu of flowers, a collection will be taken for the church’s restoration fund. 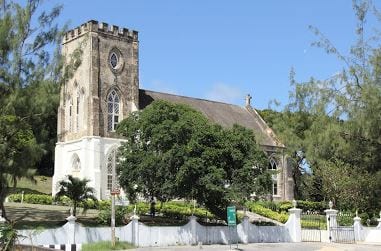 In the passing of your dear brother, Grenville, please accept our condolences and love to you and the entire family. Our hearts go out to you, as we trust the Almighty to hold you up, and keep you in His loving embrace.
"...Thy rod and Thy staff, they comfort me ..." Psalm 23 V.4c.

Love always,
Jan, Kem, Aure
Funeral NoticePlease note that the funeral for Marcellus Louis is on Thursday, July 15th, 2021 at 2:00 PM
Topic: Grieving Differently with COVID 19In this Social Work Season 2021 of Love and Loss ... Sunday March 21 takes us to a place of 'Loss'