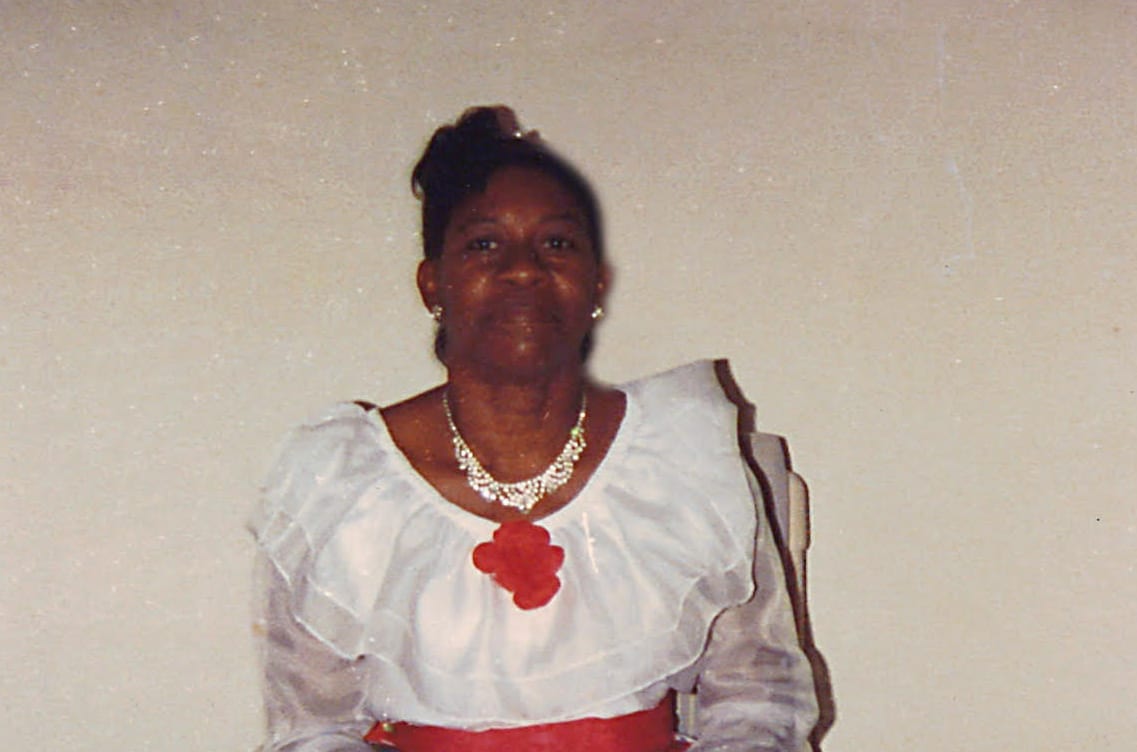 LOWE – JEAN ELEANOR, of Thornbury Hill, Christ Church, entered into rest on June 19, 2018.
Wife of Charles Ralston Lowe.
Daughter of the late Ethaline Adel Carter.
Mother of Gregory Lowe and the late James Lowe.
Sister of Kathleen Scantlebury, Baretta Harding, Dr. Dan Carter and Delisle Carter.
Sister-in-law of Marjorie, Agatha, Edmund and Marva Lowe (all of Canada), Carlos Harding, Arlene and Annette Carter, Sherod Scantlebury and the late Clement and Claudine Lowe.
Aunt of Andrea, Adrian and Carlton Carter and Richard Welch (all of the USA), Alicia Downes and Pretoria Davis (both of Canada), Kaye Scantlebury, Janelle Mounsey, Stephanie Carter, Jeffery Brown, Amelia King, David, Christopher, Michael and Desiree Lowe and Shelley Simmons.
Great Aunt of Rhythm Scantlebury.
Relative of the Farrell, Simpson and Vaughn families.
The funeral leaves Lyndhurst Funeral Home, Passage Road, St. Michael on Monday, July 02, 2018 for The Chapel at Coral Ridge Memorial Gardens, The Ridge, Christ Church, where relatives and friends are asked to meet at 10:00 a.m. for the service and interment. Flowers may be sent to Lyndhurst Funeral Home no later than 7:30 a.m. on Monday.
The body of the late Jean Eleanor Lowe will repose in the Colin Parkinson Memorial Chapel, Lyndhurst Funeral Home, on Sunday, July 01, 2018 from
4:00 –5:00 p.m.

Akinola, Jakeba and Atiba Griffith also Janet and Fred Savory wrote on July 2, 2018 at 3:45 pm
My condolences goes out to Mr. Charles Ralston Lowe and family.

Allison King & Family wrote on July 1, 2018 at 4:41 pm
We pray that the God of peace would continue to wrap and comfort you during this time. In our thoughts and prayers. Phillipians 4:7

Amanda Moseley wrote on June 28, 2018 at 8:18 pm
Our condolences to you of the death of your dearly beloved wife. May God strengthen you during the course of your bereavement with love your bothers and sisters in Christ.

Orville & Velda Harding wrote on June 28, 2018 at 2:14 pm
We express our sincerest condolences to the relatives of Jean Lowe. We pray that God will comfort and strengthen you in this sad hour.
Funeral NoticePlease note that the funeral for Marcellus Louis is on Thursday, July 15th, 2021 at 2:00 PM
Topic: Grieving Differently with COVID 19In this Social Work Season 2021 of Love and Loss ... Sunday March 21 takes us to a place of 'Loss'