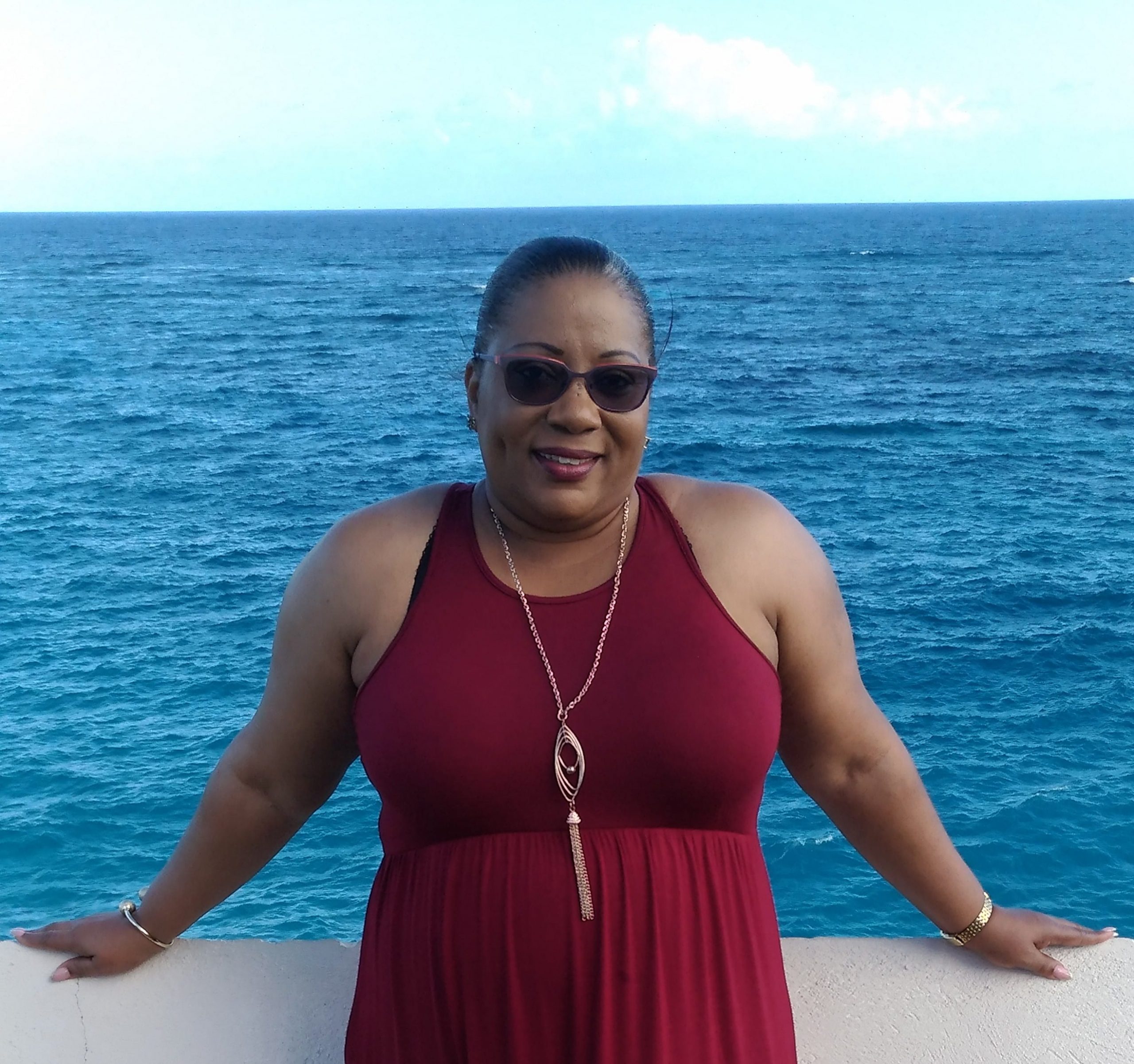 JENNIFER JOSEPH, affectionately called “Jay” or “Jen”, formerly of #36 Breezy Hill, Halton, St. Philip entered into eternal rest at the QEH on January 12, 2019. Former Accounts Clerk at Insurance Corporation of Barbados.
Daughter of Eugenia Joseph and Felix James (St.Lucia).
Step-daughter of Norrell Webster
Beloved Mother of Nakeiba Joseph (Massey Card B’dos).
Sister of Trudy Joseph (BIDC), Urick Joseph, Shana and Germaine Charlery and Val Compton (St. Lucia).
Aunt of Nicholai Blackman, Laurin Gill, Malik and Sharlene Charlery and North Compton (St. Lucia).
Niece of Christine, Eudoxia, Bertha, Catherine, Theresa, Raymond, Andrew and Ronald Joseph (St. Lucia) and many more.
Cousin of Leonie Kirton, Natasha Joseph, Joanne Best, Fiona Joseph (UK) and many more.
Great niece of Theresa Joseph.
Godmother of Gianni, Zaria, Daquon and Mischa.
Relative of the Joseph, James and Webster families.
Special friend of Joseph Marshall, Margaret Sargeant, Julia Wilkinson, and others too numerous to mention.
The celebration and thanksgiving service for the late Jennifer Joseph leaves Lyndhurst Funeral Home, Passage Road, St. Michael on Thursday, January 24, 2019, for the chapel at Coral Ridge Memorial Gardens, The Ridge, Christ Church where relatives and friends are asked to meet at 3:00 p.m. followed by the interment. Flowers may be sent to Lyndhurst Funeral Home no later than noon. on Thursday. The family of the late Jennifer Joseph is asking friends to accent their clothing with teal in honour of her on the day of the service.

RUTH ROLLOCK wrote on January 23, 2019 at 4:03 pm
My Condolences to Trudy and Family on the passing of her sister, Jennifer.

Kindly allow me to express my deepest sympathy with regard to the demise of Ms Jennifer Joseph according to the family notices in the Sunday Sun newspaper dated 20 January 2019.

The loss of a dear one is a very traumatic experience, filled with despair, anxiety and hopelessness and more so when the person is a daughter, sibling, parent, relative or dear friend.

How we long for the day when this enemy death will be no more. When Jesus was on earth He resurrected a person by the name of Lazarus who was dead for four days. ‘This account which I am sure you are familiar with is found in the Bible book of John chapter 11. Verse 25 refers to Jesus as the resurrection and the life). and this gives us hope of seeing our dear ones again.

I sincerely hope that this brief note will be of a little help during the grieving process.

Please continue to take care of yourselves.

nakita pollard wrote on January 21, 2019 at 7:40 am
Due to circumstances beyond my control i'm not able to make the funeral but i want to send my deepest condolences to the family
Aunty jen will be missed.

Sharon Headley wrote on January 20, 2019 at 9:26 pm
My sincerest and heartfelt condolences to you the family. Jenny was very special and a beautiful woman inside and out; I will miss her gorgeous smile. Take heart in knowing she is providing love and comfort to many of God's angels in heaven. Forever in my heart.
Funeral NoticePlease note that the funeral for Marcellus Louis is on Thursday, July 15th, 2021 at 2:00 PM
Topic: Grieving Differently with COVID 19In this Social Work Season 2021 of Love and Loss ... Sunday March 21 takes us to a place of 'Loss'