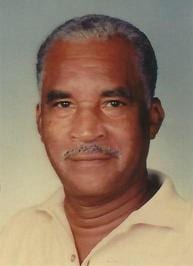 Danielle cumberbatch wrote on December 15, 2021 at 8:45 am
Miss you everyday granddaddy! I will always miss you sneaking mints and change to me when no one was looking ❤️❤️❤️

Unfortunately, death breaks into our lives with an irresistible force, often when we are completely unprepared, and it robs us of those we hold dear. However, we are not without hope. Jehovah promises to resurrect the dead (Isaiah 25:8:29:19; John 5:28,29) Yet for now, we will miss our loved ones so as that day nears continue to throw your burden on Jehovah and He will sustain you. (Psalms 55:22; 1 Peter 5:7)

Late F. William and Gwendolyn Phillips Extended Family wrote on February 15, 2018 at 6:56 am
To the extended Mapp Family...

The entire family group of the late F. William and Gwendolyn Phillips extend our deepest condolences on the recent passing of our dear family friend and fondly referred to us when we were children as "Uncle Malcolm".

As the days and weeks pass, and as you return to life's routine, may you continue to feel comforted by the love and support of family and friends, and may your hearts soon be filled with wonderful memories of joyful times together as you celebrate a long life well-lived.

From Deborah (Phillips) Burke and family (Florida) and also on behalf of the New York Phillips and Trescott families, Canada Phillips and Skeete families.
Funeral NoticePlease note that the funeral for Marcellus Louis is on Thursday, July 15th, 2021 at 2:00 PM
Topic: Grieving Differently with COVID 19In this Social Work Season 2021 of Love and Loss ... Sunday March 21 takes us to a place of 'Loss'