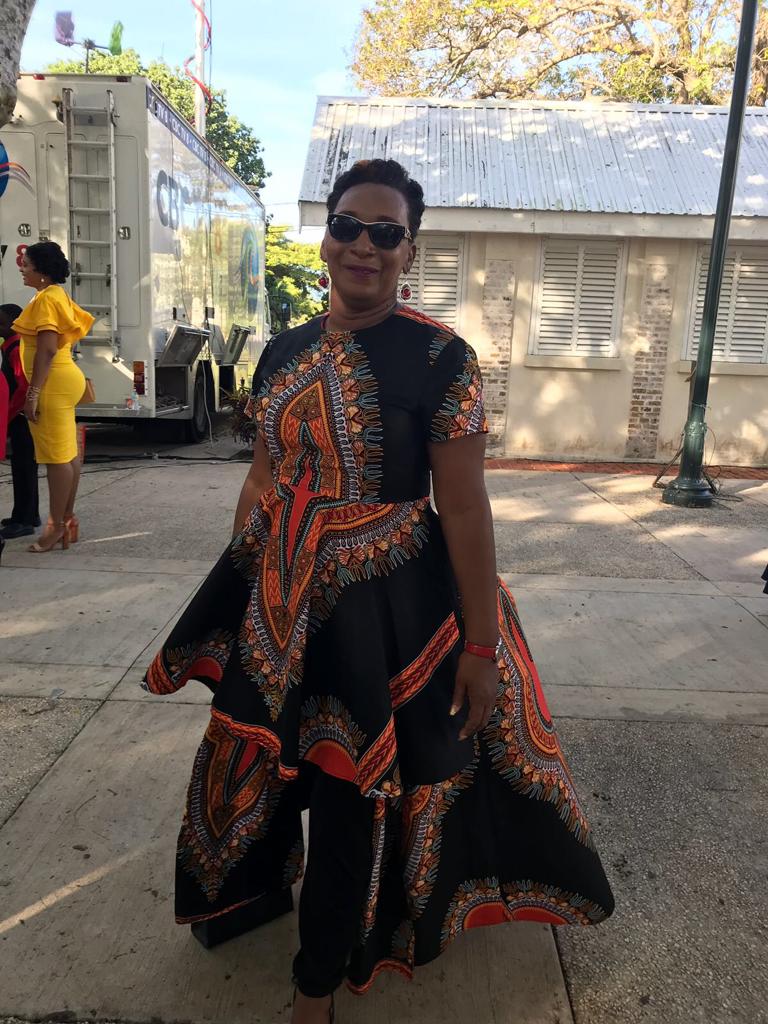 Shelley Collymore wrote on September 7, 2019 at 5:17 am
Sincere condolences to Robert, Simone, Danielle and the rest of the Mapp and Cumberbatch families.

Shelley Collymore wrote on September 7, 2019 at 5:08 am
I met Marcia more recently at the home of her in-laws (Edward and Pearl Cumberbatch) in St. Philip. Marcia had me in stitches with her many jokes. You could not find a more genuine, down-to-earth individual, who was filled with so much vitality and positivity. She certainly made an impact on me and I feel so much more enriched for having met her. May Marcia rest in eternal peace and rise in glory.

Fondest memories from the Collymore and Saunders families.

Laurie Sealy wrote on September 7, 2019 at 1:39 am
Robert, Simone and Danielle, my deepest and heartfelt sympathy, and assurances to you that I will always pray for my dear friend as she watches over us all from heaven. I will miss her laugh, her bright and passionate spirit, her generous heart. I am blessed to have had her loving friendship for so many years. Please know that you each are in my heart and prayers always.

Dwane Goddard wrote on September 6, 2019 at 7:40 pm
What a lady.
I thank God I had the honour of meeting her.
Truly sad to see yet another teacher not living to enjoy retirement.
I express deepest condolences to.her husband (my former Biology teacher) and daughters and other loved ones.
May she rest in peace.

Patrick Harewood wrote on September 6, 2019 at 7:20 am
Our dear friend has been called into the Hands of God. We will miss your smiles, your laughter, and your firmness in keeping Bob and the boys in line. Rest In Peace my friend. Condolences to Robert and family from Patrick and Cheryl Harewood, West Haven, Connecticut.

The Collymore family is deeply saddened by Marcia's passing. I told some that I lost the only friend I had at home. She will be truly missed and we will include her in our daily prayers. May the love of family and friends comfort you during these difficult days.

Julia Whitehall wrote on September 5, 2019 at 11:01 am
Res In Peace To Mrs Cumberbatch one of the best teachers Deighton Griffith School ever had.

Olivia Smith wrote on September 4, 2019 at 11:44 pm
Dear Marcia
You are a beautiful soul gone too soon . Journey on with the angels in heaven.
Condolences to Robert, Simone ,Danielle and the Mapp family.
From Olivia ,Mia and Thaddeuz

Maxine Mitchell (Licorish) wrote on September 1, 2019 at 9:51 pm
I remember Marcia from our high school days. She was kind, pleasant and generous. This came as a shock to me as I have not seen her in many years. May God grant her family the peace that surpasses all understanding.
Funeral NoticePlease note that the funeral for Marcellus Louis is on Thursday, July 15th, 2021 at 2:00 PM
Topic: Grieving Differently with COVID 19In this Social Work Season 2021 of Love and Loss ... Sunday March 21 takes us to a place of 'Loss'