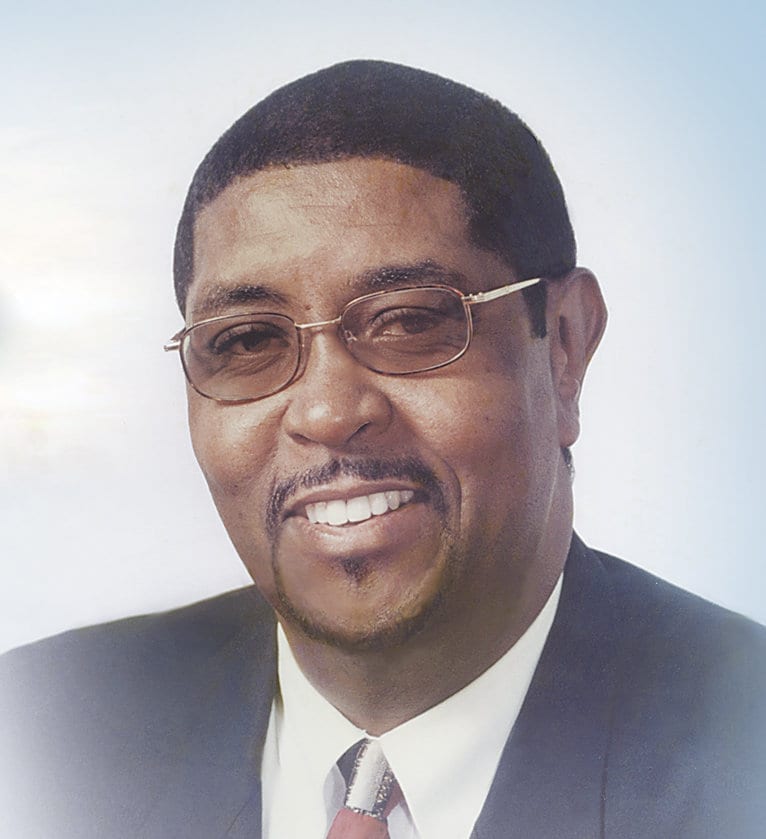 MICHAEL ANTHONY CLARKE, of #52 Clerview Heights, Clermont, St. Michael, entered into rest on December 17, 2018. Senior Manager of Cargo and Passenger Services of Seawell Air Services. Faithful Member of Carrington Wesleyan Holiness Church.
Son of the late Rev. Louis Clarke and Sheila Clarke.
Husband of the late Pearline Clarke.
Brother of Eric Clarke and Beverley Rouse.
Uncle of Joshua, Matthew, Stefan and Christopher.
Great-uncle of Liam.
Brother-in-law of Susan Clarke, Curtis Rouse, Dr. Irvine Branker, Colin and Ronald Branker and Lynette Russell.
Nephew of Esther Carter, Winslow Clarke and the late William Clarke.
Cousin of Alden and Sherry Trotman (both of U.S.A.), Ricky and Sonia Trotman (both of Barbados) and Stuart, David, Valdene and Kenton Clarke (all of the U.K.).
Relative of the Broome, Brathwaite, Branker and Durant families of Canada and U.S.A.
Close friend of Donna Cadogan, Chris Wilson, Irvine Griffith, Ishmael Huque, Dave Foster, the Weir family and many others. A service of celebration and thanksgiving will be held on Friday, December 28, 2018, at the chapel of Coral Ridge Memorial Gardens, The Ridge, Christ Church, where relatives and friends are asked to meet at 10:00 a.m. for the service and interment. Flowers may be sent to Lyndhurst Funeral Home, Passage Road, St. Michael no later than 7:30 a.m. on Friday. No mourning colours by special request. The body of the late Michael Anthony Clarke will repose in the Colin Parkinson Memorial Chapel, Lyndhurst Funeral Home on Thursday, December 27, 2018, from 4:00 – 6:00 p.m.

With reference to the death notice of Mr Michael Anthony Clarke in the Sunday Sun dated 23 December 2018, I wish to offer my deepest sympathy.

Few things cause more stress or heartache than the death of a sibling, relative, or dear friend.

Sonia Norris wrote on December 28, 2018 at 9:39 am
Sincerest condolences to the family and friends of Michael.

May the God of all comfort - comfort you at this time.

Bruce Hennis wrote on December 27, 2018 at 7:50 pm
Sincerest condolences to the Clarke family on their bereavement. My prayer is that the power of the Almighty God will comfort and sustain them during this time.

Peter Morgan wrote on December 27, 2018 at 6:59 am
Sincere condolences on the passing Of Michael.

Ricardo Clarke wrote on December 27, 2018 at 1:32 am
To the family and friends of Michael
Please accept my sincerest condolences

C. Ione Kirton wrote on December 26, 2018 at 10:12 pm
Eric, Beverley & the Clarke family
Sincere condolences. May you find support in God's comforting arms and the assurance of His promises.
Working at BWIA for many years, he exemplified excellent human qualities, all with a pleasantness and dependability.
I,like many of his former colleagues and friends, am saddened by his loss, but inspired by his life and stewardship. May he rest in peace.
Ione Kirton, Atlanta, Georgia

Sherry Ann Wiles and family.. wrote on December 26, 2018 at 6:34 pm
Eric and Beverly...please accept our heartfelt condolences on the passing of your beloved brother Michael...may his soul Rest in Eternal Peace and rise in glory??

Durant Family wrote on December 24, 2018 at 1:10 pm
Eric and Beverly, we are deeply saddened by the sudden loss of your brother Michael that you and your families have encounter. Our hearts goes out to you during this trying time and may our prayers serves as comfort to you and the family. Sorry we can't be there to support you in person but our 5thoughts and prayers are with you. Please accept our sincere condolence.

Peta & Adé Alleyne wrote on December 23, 2018 at 1:22 pm
Our deepest sympathy to Eric, Susan & family from Peta & Adé Alleyne
Funeral NoticePlease note that the funeral for Marcellus Louis is on Thursday, July 15th, 2021 at 2:00 PM
Topic: Grieving Differently with COVID 19In this Social Work Season 2021 of Love and Loss ... Sunday March 21 takes us to a place of 'Loss'