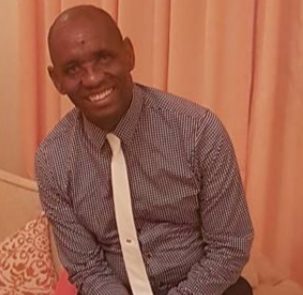 PATRICK DEVERE BEST, also known as “Vere” or “Bessie” of Gemswick, St. Philip and formerly of Fairview #1, Christ Church entered into rest on December 19, 2021. Former member of Wibisco Track Club and Director of Special Loans at CIBC First Caribbean International Bank.
Son of the late Eustace and Delaine Best.
Husband of Angelina Franklin-Best.
Father of Valincia and Alicia Best.
Son-in-Law of Verona Padmore and the late Sydney Padmore.
Brother of Selwyn, Zelma, Gordene and Evette Best, Joanne Bynoe, Caroline Chase, Denise Small, the late Vibert Best and Therold Roberts.
Brother-in-Law of Davidson Bynoe, Caroline Franklin, June Best, Harriette Medford-Best and Shirley Roberts.
Nephew of Marjoie Walcott.
Uncle of many.
Cousin of many.
Godfather of Rakaira Cox.
Relative of the Best, Roberts, Walcott, Jones and Bovell families.
Special friend of Merton Nicholls, Lesanne Layne, Kim Campbell, Leandra Watson, Donna Holder and family, the Regional Special Loans Team CIBC FCIB and Monique French.
Friend of many.
Special thanks to Dr. Wayne Clarke, Maria Stoute, Dr. Nekeisha Griffith, Nurses Waithe and George and the Staff of Lewis Drug Mart.
A service of celebration and thanksgiving by invitation only, will be held on Thursday, January 06, 2022 at the Church of the Nazarene Collymore Rock, where relatives and friends are asked to meet at 1:30 p.m. The cortege will then proceed to Coral Ridge Memorial Gardens for the interment. Flowers may be sent to Lyndhurst Funeral Home no later than 11:00 a.m. on Thursday. The body of the late Patrick DeVere Best will repose in the Colin Parkinson Memorial Chapel, Lyndhurst Funeral Home on Wednesday, January 05, 2022 from 4:00 – 6:00 p.m. Kindly note that all COVID-19 protocols will be in effect.

Pearline Jones wrote on January 6, 2022 at 2:39 pm
Sincere condolences to Angie and the girls. May the memories of Patrick and the peace of God sustain you in these difficult times. Much love.

Irene Harper wrote on January 6, 2022 at 12:36 pm
My deepest condolences to Angie, daughters, family and friends on the passing of her dear husband Patrick Best. Wishing you hope in the midst of sorrow; Comfort in the midst of pain. May he rest in peace

Beverley wrote on January 5, 2022 at 12:37 pm
Angie, Sincere condolences from Beverley and Elton Catline. Our thoughts are with you. Much love.

Tracey Marshall wrote on January 4, 2022 at 9:35 am
Alicia, my deepest condolences to you and your family. I pray God will comfort you during this difficult time.

Cheryl Lynch wrote on January 4, 2022 at 3:27 am
Sincere condolences to Angie and daughters. Bessie is fondly remembered as a dedicated worker and leader who was knowledgeable in his craft. One who would always share a good laugh, dignified yet down to earth, and one who could not be outdressed - always dapper.
Your presence is missed but moreso your absence is felt! Rest in peace dear colleague.

Patrick Friedt wrote on December 31, 2021 at 1:02 pm
My sincere condolences to Angelina and Patrick's daughters. I had the pleasure of working with Patrick in the Special Loans group at CIBC FICB from 2009 - 2013 and we kept in contact after my departure from work. Patrick was a hardworking, honest and considerate individual, and became a good friend in addition to be a workmate. Rest in Peace my friend.
error: Our content is protected !!