PHYLLIS U. KNIGHT NEE BREEDY, aged 87, of #8 Casuarina Drive, Ealing Park, Christ Church entered peacefully into rest on Friday, June 24, 2016, at the Queen Elizabeth Hospital. Wife of the late Reuben Knight. Mother of Beverley Clarke. Grandmother of Stefan and Nicole Clarke (UK). Great Grandmother of Jengis and Aslan Clarke (UK). Sister of Alvin Breedy and Pearl Rock. Aunt of Harriett Slater and Joslyn Weekes (USA), Ornon, Gregory, Barry, Junior, Emmerson and Sharon Rock (Clapham), Sonia, Sharon and Ryan Breedy (Black Rock). Cousin of Clotelle, Michael and Shakira (The Pine). Sister-in-law of Gola Breedy. Godmother of Michelle Gill, Judith Grannum, Julia Brathwaite and the late Patricia Nurse. Relative of the Crichlow and Harvey families. Friend of Winfield, Cynthia, Joyce, Diane, Flora, Coreen, the members of the St. Davids Silver Stars and many more too numerous to mention. The funeral leaves Lyndhurst Funeral Home, Passage Road, St. Michael on Thursday, July 07, 2016 for St. David’s Anglican Church, where relatives and friends are asked to meet at 3:30 p.m. for the service and interment. Flowers may be sent to Lyndhurst Funeral Home, no later than 1:00 p.m. on Thursday. The body of the late Phyllis U. Knight will repose in the Colin Parkinson Memorial Chapel, Lyndhurst Funeral Home on Wednesday, July 06, 2016 from 4:00 – 6:00 p.m. 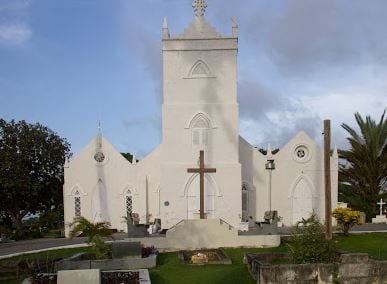 Eileen Blades wrote on February 16, 2018 at 3:34 pm
Phil, you were such a gem. I am going to miss you and your regular phone calls. I know you were weary and was ready for your rest. Your God heard you and called you home, so rest in peace, my dear. Thank you for all your love over the time I've known you.
To Beverley, Stefan and all the family, my deepest condolences. Take refuge in your wonderful memories.

Brenda Pinder wrote on February 16, 2018 at 3:34 pm
My condolences to the family of Mrs. Phyllis Knight. May Jehovah's promise of the resurrection in His word the Bible, give you hope and confidence that there will be a resurrection. Acts 24:15.
Funeral NoticePlease note that the funeral for Marcellus Louis is on Thursday, July 15th, 2021 at 2:00 PM
Topic: Grieving Differently with COVID 19In this Social Work Season 2021 of Love and Loss ... Sunday March 21 takes us to a place of 'Loss'