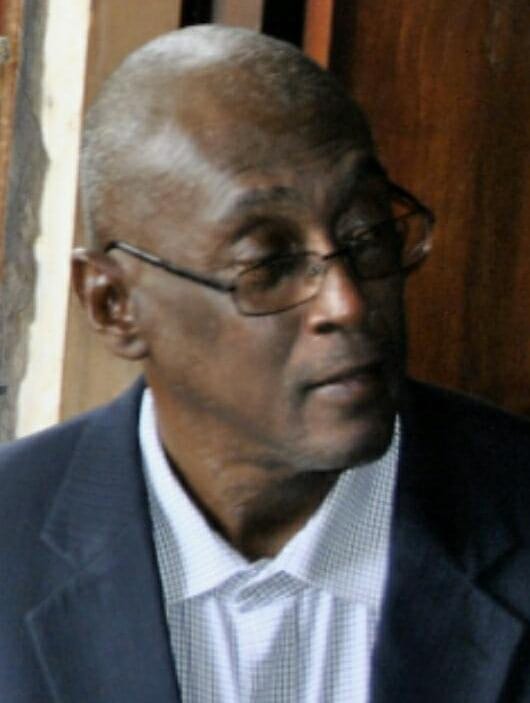 Sheena Alleyne wrote on May 7, 2019 at 7:15 pm
Thank you all so much for the kinds words and support during this tough time..

Addington Coppin wrote on May 2, 2019 at 9:01 am
"For though from out our bourne of time and place
The flood may bear me far,
I hope to see my Pilot face to face
When I have crossed the bar."
[Alfred, Lord Tennyson]
RIP, Roger.

Frank Pilgrim wrote on April 28, 2019 at 10:27 pm
Deepest and my upmost Sympathy goes out to Roger's Wife and Kids in Barbados on their recent lost of a good man.
My name is Frank Pilgrim now resides in Brooklyn NY. I meet Roger many years ago as a Plumber working on his new home and our friendly relation started due to my working skills of installing the high-end Plumbing fixtures he had purchased on one of his trip overseas.
Roger were a man whom loved to socialize and entertain whenever anyone visited his home and conversations always were at a high level of interest.
Celebrations are in order for such a great man.
Frank Pilgrim
Brooklyn, NY

Patricia J.Nixon wrote on April 28, 2019 at 9:37 pm
We are sadden by the death of our beloved cousin Roger. We will cherish the memories of good times . We'll miss him dearly.
Our sympathy to his wife, Sheena, children Alicia and Alex,
Brothers Merton, Michael and Anthony.

With our love and prayers
The Nixon Family, Brooklyn, New York.

gwen nanga wrote on April 28, 2019 at 10:19 am
Liat has lost one of their best......Your mannerism was impeccable.
It was indeed a pleasure knowing Roger and connecting .
Always accommodating when a situation arises.
So many memories of you in my good old Airport days.
Roger is now making his final flight to the friendlier skies, in the Arms of his Creator.
Sincere condolences to your children, Sheena, extended families, friends and the Liat Family
May Your Soul Now Rest In Perfect Peace.
Sincerely.
Funeral NoticePlease note that the funeral for Marcellus Louis is on Thursday, July 15th, 2021 at 2:00 PM
Topic: Grieving Differently with COVID 19In this Social Work Season 2021 of Love and Loss ... Sunday March 21 takes us to a place of 'Loss'