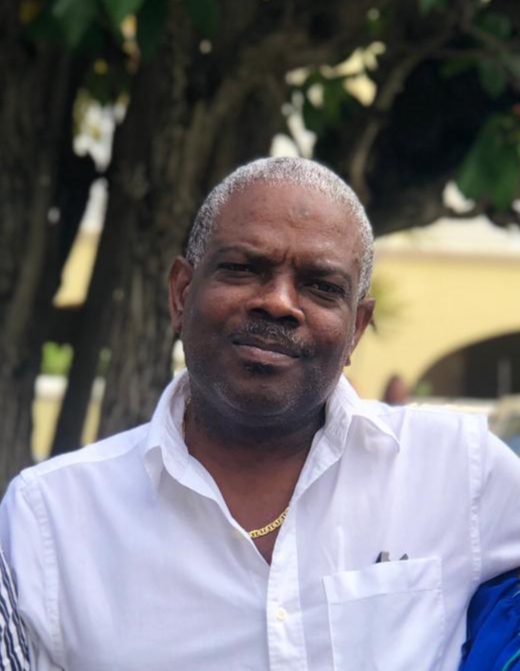 TMG Shipping Specialists Inc wrote on October 20, 2021 at 4:00 pm
Sincere condolences to the family our prayers are with you in this your time of sadness. May he Rest In Peace

Alleyne Family wrote on October 20, 2021 at 11:03 am
Condolences to the Bynoe family , may God give you strength to carry, he’s in a better place no more pain. From the Alleyne family.

My sincerest condolences to the you and the entire Bynoe Family.

Randy and Yvonne Chandler and family wrote on October 18, 2021 at 11:02 am
Our heartfelt condolences to the entire Bynoe Family. May Samuel rest in peace and rise in glory.

Susan Herbert wrote on October 18, 2021 at 11:02 am
Praying God's comfort and strength for all of you through this hard time.

Marguerite De Coteau wrote on October 18, 2021 at 10:49 am
Karen/Mark......
Heartfelt condolences and prayers for solace are extended on your loss. May God's continual grace be with you and your entire family.

YVETTE EVELYN wrote on October 18, 2021 at 10:06 am
Jesus said "I am the resurrection and the life'
His promises are sure
We will see our loved ones again
This hope takes the sting out of death

To all Samuel's family especially Karen ,Thomas and Melanie

Roslyn Turney-Sobers wrote on October 18, 2021 at 8:33 am
May God's loving and comforting arms surround you and your family Karen with strength for today and hope for tomorrow as you reflect on memories shared.

Mr. & Mrs ARNOLD and WENDY SHEPHERD wrote on October 17, 2021 at 4:17 pm
My sincere condolences from me, my wife and family.
Samuel Bynoe life is truly to be celebrated for the time he was here. He will not be forgotten.

Rosalyn Pearce wrote on October 17, 2021 at 2:13 pm
Deepest sympathy to the Bynoe family from the Pearce family of 3rd Ave Dash Gap,.Bank Hall.

I am extremely sorry to hear about the loss of your beloved husband, Sammy.

I extend my deepest condolences to you, your children and family (Sheafe and Bynoe).

I pray God will give you all comfort at this difficult time.

Anthony Grant wrote on October 16, 2021 at 2:35 pm
We wish to express our sincere condolences to Sammy’s wife, children and other loved ones on his passing. He was a very special person, and will always be remembered for his love of family and for his easy-going manner. We feel so lucky that he was a part of our family, and we are so sorry for his passing, and share in your sadness. We will forever keep him in our hearts, and you in our thoughts and prayers.

Allan Haynes wrote on October 16, 2021 at 2:15 pm
The Council and members of the Barbados Kidney Association express their sincere condolences to the family and friends of Mr. Samuel Thomas Bynoe. Sammie and I were dialysis patients at the Dialysis Clinic of Barbados. He always had a smile and a friendly disposition. I was the direct recipient of some of his great advice. I will miss him. Sammie, rest in peace.
ALLAN HAYNES
PRESIDENT
BARBADOS KIDNEY ASSOCIATION
Funeral NoticePlease note that the funeral for Marcellus Louis is on Thursday, July 15th, 2021 at 2:00 PM
Topic: Grieving Differently with COVID 19In this Social Work Season 2021 of Love and Loss ... Sunday March 21 takes us to a place of 'Loss'