PILGRIM – SHEILA OLIVE, of “Byways”, Garrison, St. Michael entered into eternal rest on January 15, 2016. Retired Teacher of Queen’s College. Sister of Daphne St. John, the late Elsie Payne, Marjorie Fields and Phyllis and Frank Pilgrim. Aunt of David and Jesse Payne, Richard, Jeremy and Anthony Fields, William and Michael St. John, Marguerite Moe, Elizabeth Hardwick and the late Anna Zephrin. The funeral leaves Lyndhurst Funeral Home, Passage Road, St. Michael on Tuesday, January 26, 2016, for St. Cyprians Church, George Street, St. Michael where relatives and friends are asked to meet at 2:00 p.m. for the service. The cortege will then proceed to the Westbury Cemetery for the interment. Flowers may be sent to Lyndhurst Funeral Home no later than 11: 30 a.m. on Tuesday. 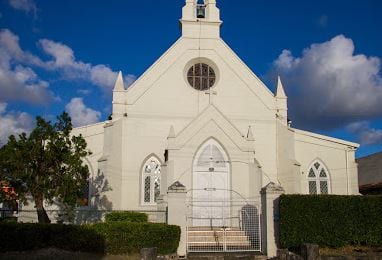 Brenda Pinder wrote on February 19, 2018 at 9:48 am
My condolences to the entire family of Sheila Pilgrim. May you find comfort in God word at Revelation 21:4 where the promise is made that death, pain mourning and outcry will be no more. We can trust in God's promises.

Bill and Jan Wesson wrote on February 19, 2018 at 9:47 am
We send our sincere condolences to all of you. Sheila was a wonderful woman - so cheerful and practical to the end. Not only did she teach me(Jan) at QC but she managed our house in Barbados for many years and became a close friends and one of our favourite people. Whenever we were on the island we visited regularly and Bill and she were very close. May she rest in peace.
Bill and Jan Wesson

Bill and Jan Wesson wrote on February 19, 2018 at 9:47 am
Please accept our heartfelt condolences to you all. Sheila was a wonderful woman. She taught me (Jan) at Queens College and was a colleague of my late sister, Rosalind Hudson. Over and above that she managed our house in Barbados for many years and we visited regularly when we were on the island. We both loved her and she was especially fond of Bill. May she rest in peace. Bill and Jan Wesson
Funeral NoticePlease note that the funeral for Marcellus Louis is on Thursday, July 15th, 2021 at 2:00 PM
Topic: Grieving Differently with COVID 19In this Social Work Season 2021 of Love and Loss ... Sunday March 21 takes us to a place of 'Loss'